First passed by Congress in 1965, the Older American’s Act (OAA) was amended in both 1987 and 2006 in order to further protections offered to aging Americans. Elder abuse was first defined in the OAA after the act was amended in 1987, and the 2006 amendments served to reinforce, strengthen and in some cases broaden those amendments established in 1987. Title II of the OAA established the Administration on Aging (AoA), and authorized this agency to handle cases of elder abuse. Nursing home abuse falls under the umbrella of elder abuse. A form of institutional elder abuse, nursing home abuse has become a growing concern in this nation over the last several years. 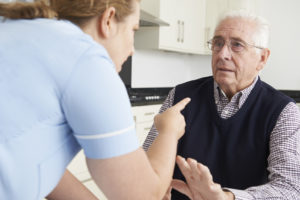 By definition, the caregivers, staff, and professionals employed by a nursing home have a “contractual obligation to provide elder victims with care and protection.” When those that contract with or are employed by a nursing home fail to provide the elderly with basic care and protection, they could be held liable for elder abuse. Elder abuse is especially heinous because of the vulnerability and susceptibility of the elderly population to abuse by professional caregivers. In many cases, elderly victims may have disabilities or illnesses, such as dementia, that make it difficult for them to report or even understand the abuse they are suffering.

Victims of nursing home abuse should be represented by a capable, competent attorney that will ensure those responsible for the abusive actions are held accountable. The elderly have a right to feel safe and secure in the environment in which they live. If your loved one has been the victim of nursing home abuse, please contact a lawyer immediately. An attorney will work aggressively to ensure justice is obtained for your elderly loved one. 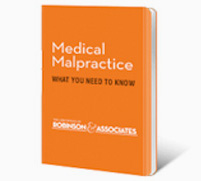 for a 62-year-old woman who was over-sedated during surgery and suffered permanent brain damage.

for the death of a 32- year-old man resulting from a medication overdose in the hospital.

for a child who suffered an Erb's palsy to his right arm during childbirth.

for a woman who was rendered totally disabled as the result of a stroke & failure to properly render care.

for the family of a twin child who suffered brain injury when obstetricians negligently failed to recognize his presence in utero.

for wrongful death of a newborn.
Call Now